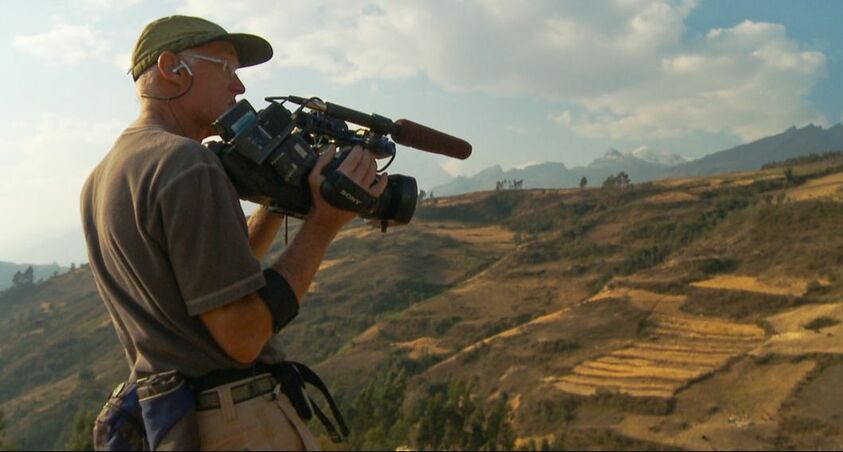 I have worked on hundreds of documentaries and interviews for 3 decades.   I have photographed many documentaries for PBS-  American Masters, Great Performances and Nature, as well as many independent documentaries which have appeared on PBS.   Other producers I have worked with include Discovery Channel, National Geographic Explorer and National Geographic Channel,   Food Network,   BBC, Channel 4, ITV,   German TV, Italian TV.    My work as co-director and cinematographer on "The Quiet Revolution" was awarded a 1994 Earthwatch Film Award.

These are important stories, with the power to change people's opinions about their own lives, culture, and government policy.  I am very proud to have helped so many producers and directors bring their profound and thoughtful projects to the television and theater screen.  It has always been exciting to  embark on a new documentary journey.

I was trained in documentary work as an assistant to many great doc DP's;  even as an assistant I was often the one charged with preparing for a long and arduous shoot in Africa, Asia, or the Arctic.   Therefore I have always been prepared for any possibility which could slow down a project due to unforeseen circumstances.    My love of travel and long history as a travel photographer instilled in me a natural affinity for the documentary subject, a connection to the characters in a story, and an understanding of how the story will play out in the edit room.   I have adopted new inventions such as motorized gimbal stabilizers, steadicam and drones in my recent work.   These modern tools,  with my many years of documentary filmmaking experience, give me the most powerful visual storytelling ability I have ever had.
Interview Reel- a montage of interviews for various documentaries.   This will be updated soon.